Its Time To End The Silence 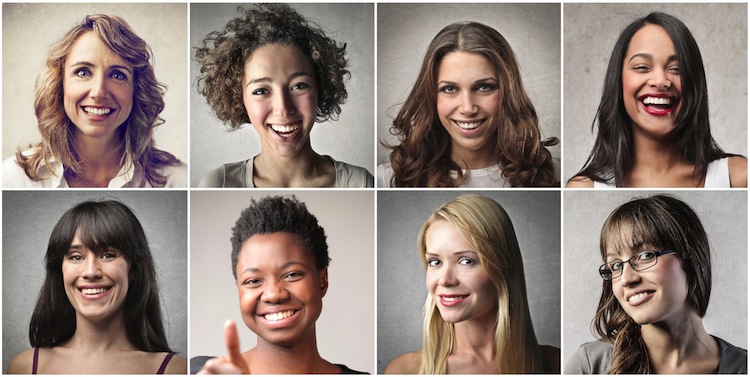 The first thing you notice when you meet Tara Hilton is her extraordinary personality. She is driven and focused, yet approachable. Her affable nature may surprise some people when they hear her story: Tara has spent most of her life battling endometriosis, a chronic, sometimes debilitating disease that currently has no cure.

Endometriosis is not very well understood by physicians or the women they treat. The symptoms are often mistaken for bad periods, or misdiagnosed as unexplained gastrointestinal or gynecological issues. Treatment options for endometriosis are limited, and do little to relieve what some women describe as a “burning, stabbing, and gnawing” pain that strikes several times every month.

But Tara has managed to keep her symptoms at bay through a combination of surgery and medication, and has developed a reputation for getting things done in the endometriosis community. In 2014, she petitioned Delaware’s governor to recognize the month of March as Endometriosis Awareness Month. That same year, she fought—and succeeded—in having her insurance company recognize Zoladex, a medication she uses to treat her endometriosis, as a list of approved treatments for the condition.

In a relatively short amount of time, Tara Hilton has amassed an impressive series of accomplishments. But like many women, she started out completely unfamiliar with endometriosis, and fought tirelessly for an answer to her unexplained pain.

At age 14, Tara remembers her periods being incredibly painful. “At least one or two days each month, I would be doubled over in pain and not able to function,” she said. “My parents were really strict, so they would send me to school.

She found a friend in the school nurse, who would let Tara lay in her office all day with a heating pad. However, she remembers hearing from friends, family, and physicians that her pain was related to her menstrual cycle and something that every woman experiences. For that reason, Tara accepted her pain as normal and never pursued it until much later in life.

“I let things go for quite some time,” she said. But the subject of Tara’s unexplained pain resurfaced again when she needed surgery to remove her gallbladder in 1997.

“I was so full of stones that they got stuck in some of the ducts in my liver, so they did a more invasive type of removal than a laparoscopic [surgery],” she said. “The surgeon said that once I went back for my follow-up, I should talk to my doctor about endometriosis. I didn’t know anything about it, so I took it with a grain of salt.”

When she returned to her doctor, Tara was told that her symptoms weren’t severe enough to warrant the minimally invasive, exploratory surgery she needed to confirm an endometriosis diagnosis. Her doctor diagnosed her with irritable bowel syndrome instead, and prescribed an IUD to manage her menstrual pain.

After moving from Kansas to Arkansas, Tara’s pain worsened over the next 10 years. A coworker encouraged her to visit another doctor after hearing of Tara’s chronic pain. Thinking Tara’s IUD was the cause of her worsening symptoms, the doctor removed it and asked Tara to watch for any changes over the next few weeks.

“I checked and watched for two to four weeks, but it got much worse. I started having such severe bleeding that I was hospitalized,” she said.

A pelvic ultrasound revealed three cysts, the largest at 4 inches long. The doctor immediately scheduled Tara for surgery to remove the cysts.

The surgery was supposed to be an outpatient procedure. “From everything I had read and what my doctor told me, it wasn’t a huge deal,” Tara said. “I really thought it would remove all the pain. I thought I finally had an answer, and they were going to fix me.”

But when she woke up, Tara was surprised to see family from out of town around her, who weren’t there when she went into surgery. “I woke up to my family around me—and I could tell they had been crying,” she said.

Tara would later learn that her doctor, upon seeing the endometriosis in her uterine cavity during surgery, had mistaken it for cancer.

“She told my family that I was completely full of cancer, and that I would die soon,” Tara said. “I still didn’t know anything about endometriosis at that point, and I really thought what she said was true. So, while we waited to get into a reproductive oncologist, I spent two weeks of my life thinking I was dying.”

Thankfully, a well-known reproductive endocrinologist and endometriosis specialist was among the doctors who saw Tara’s surgical pictures. He immediately recognized her symptoms as severe stage IV endometriosis. Tara saw both events as setting her on the right path to a proper diagnosis and treatment for her pain.

“The day of the surgery is the single thing that sticks out to me in this battle, and is what drives me most for my mission to bring awareness,” Tara said. “But if I hadn’t seen the reproductive oncologist and the reproductive endocrinologist, I would have started cancer treatment.”

Tara moved to Delaware in 2007. She had seen a few doctors in the area, but didn’t feel comfortable with the experience they had in treating endometriosis. A coworker had recently found success at a reproductive endocrinology office called Reproductive Associates of Delaware (RAD), and recommended Tara see one of the doctors there. When Tara made her appointment at RAD with Dr. Adrienne Neithardt, the first thing she noticed was how different this doctor was. She had read Tara’s medical record and written detailed notes for their consult. That’s when Tara knew she was in the right place.

“It was the most organized and wonderful experience,” she said. “Dr. Neithardt asked me a lot of questions, and she explained everything to me. Her bedside manner was like nothing I had experienced before.”

Tara said one thing that stuck out to her at RAD was how thorough everyone was. “They make sure you understand something,” she said. “They walk you through it and tell you what it means. That really makes a difference; it makes RAD stand out.”

Her experience at RAD was overwhelming enough that she finally felt like she could let go emotionally. “It was the first time I had cried about it in 20 years,” she said.

Dr. Neithardt was there to comfort her. “She came by my side, hugged me, and said, ‘This isn’t just your battle: this is our battle. I’m going to fight this with you,’” Tara said. “No one had ever said that. I felt like she cared and knew how to help me.”

To give Tara a comprehensive diagnosis, Dr. Neithardt wanted to start over with basic tests. After an ultrasound, scans, blood work, and a hysterosalpingogram (HSG) to check the flow of her tubes, Dr. Neithardt recommended Tara undergo hysteroscopy and laparoscopy surgery to confirm the endometriosis diagnosis. “She had me scheduled for surgery within two weeks,” Tara said. “I was really excited to see what they could do for me. I felt so much weight lifting off my shoulders because I trusted them.”

Tara said the surgery was life changing. “I completely have my quality of life back. I was considering permanent disability before coming to RAD because I was in so much pain,” she said. “I was missing work a lot, and that bothered me. Now, I can go do things I wasn’t able to do before, like go on field trips with my daughter. I’m able to go out and enjoy life, and make plans.”

From Patient to Advocate

Since having her surgery at RAD, Tara has been doing everything she can to make sure young women don’t repeat the painful and confusing experience she endured to find an answer to her pain. However, she realizes getting women to talk about chronic pelvic pain can be difficult because it’s considered a personal topic. Tara tries to encourage women to be open about their pain, even if bringing it up may be uncomfortable or awkward at first.

“Sometimes, you might think of it as embarrassing—like you’ve done something to cause it—because it might look like something is broken with you,” she said. “But you know your body, so listen to it. Don’t be afraid to seek medical treatment, or go and see a doctor and let them evaluate you.”

But if you don’t feel like you got the answer you needed from one doctor, Tara said you shouldn’t stop there. “It’s okay to question a doctor, and go get a second opinion. If I could do one thing differently, I would have gotten a second opinion. I just accepted my doctor knew everything about health, including endometriosis, when it’s very common that many doctors aren’t aware of it.”

“If you don’t talk about it, no one will know about it, and we won’t be able to make a change.”