Asking the Right Questions Makes all the Difference 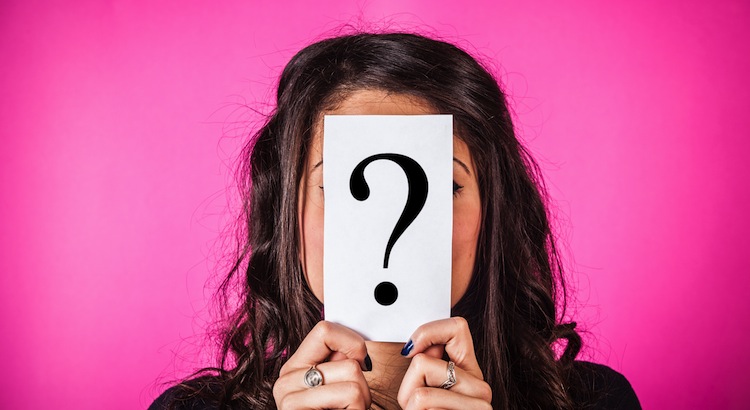 Looking back, Carrie McCullin firmly believes that, if one of her doctors had asked her the right questions about her period, she would have been diagnosed with endometriosis sooner. Carrie went to five different doctors and received five different explanations for her pain, but none of them were the right diagnosis.

Carrie, a 38-year-old dental hygienist, said her pain began when she started having unexplained stomach pain in her teens. Hearing from a chorus of friends, family and doctors that she was in pain because of her period, she endured her pain in silence until she was in her twenties, when it significantly worsened. She sought relief from a series of gastroenterologists, thinking her pain was a gastrointestinal (GI) issue.

“As I got into my twenties, it just kept getting worse and worse and worse, and that’s when I started seeing different GI doctors, and having every test under the sun—so many unnecessary tests,” Carrie said.

One gastroenterologist Carrie saw was a section chief in a major hospital care network, who ordered a series of tests to find out the cause of Carrie’s stomach pain.

“When I went in for all these tests and had like a team of doctors in there, they’re like, ‘Carrie, we’re going to find out what’s wrong with you today,’” she said.

No Answers in Sight

Despite a full day of testing, the GI doctors were unable to come up with an answer.

“I came out and they couldn’t find anything wrong, and they gave me a nice fancy name for irritable bowel: functional dyspepsia,” Carrie said. “ I said, ‘But you don’t understand, I don’t have bowel issues, I just have unexplained belly pain.’”

The gastroenterologist gave Carrie several different medications for her stomach pain, none of which helped, she said. What did end up helping was when Carrie started taking birth control on her own.

“I finally went on birth control, and it seemed like it started to help,” she said. “But I didn’t put the two together, I just thought, ‘Oh, maybe I’m getting better, who knows.’”

After a period of feeling somewhat better, Carrie decided she wanted to get pregnant. When she stopped taking her birth control, the pain came back almost immediately. Again, she endured, but struggled with her husband to conceive.

Carrie said she became pregnant once, but it was a “terrible ectopic pregnancy.” Her doctors also found out Carrie had endometriosis, but did not refer her to a health care provider for treatment. That’s when she realized something was wrong.

“After a year of trying, I wasn’t getting pregnant,” Carrie said. “That’s when I was like, ‘Something’s not right. They said I have endometriosis. Why aren’t they sending me somewhere?’”

After asking her gynecologist where she could go for treatment, the gynecologist referred her to Reproductive Associates of Delaware, and she scheduled an appointment with Dr. Barbara McGuirk.

“It came down to the questions she was asking, and I like her confidence,” Carrie said of her first appointment with Dr. McGuirk. “That’s what I like about her. Never once with any of the other doctors did I feel the confidence I felt with her.”

Looking over Carrie’s health history, Dr. McGuirk immediately recognized Carrie’s stomach pain as endometriosis. She scheduled Carrie for surgery, and what she found while operating on Carrie was a textbook case of severe endometriosis.

“By the time she had gotten inside, I had stage 4 endometriosis,” Carrie said. “My tubes and ovaries were in my bowel. All this stomach pain I’ve been having for years and back pain—my bowel couldn’t work right, my uterus was stuck to my back.”

Carrie said the feeling after she woke up from surgery was unlike anything she had felt in years.

“It’s amazing once she did that surgery—it took a couple of weeks for my colon to realize how to work again—but all that pain just went away,” she said.

After surgery, Carrie and her husband wanted to have children. However, Carrie did not want to risk a second ectopic pregnancy—which happens in 15% to 20% of women who have an ectopic pregnancy—and opted instead for in-vitro fertilization (IVF) at RAD.

Carrie produced three embryos during her retrieval. While the first transfer was not successful, she became pregnant after her second transfer, and delivered a son. After her delivery, Carrie waited almost three years before trying for another child with her remaining frozen embryo. During that time, Carrie’s stomach pain resurfaced; however, she recalled the pain wasn’t as strong as it was before.

“I had a second surgery, because you don’t want to put a nice embryo in an unhealthy environment,” Carrie said. “Dr. McGuirk went in and cleaned everything out again.”

“At that point, I had stage 2 endometriosis—it wasn’t as bad as last time,” she said. “She cleaned all that out and we had a baby girl that time. So I’m very fortunate. I’ve got two babies now—I only produced three embryos and I have two children, so that’s pretty good.”

Dr. McGuirk put Carrie on Lupron, a type of medicine that helps prevent the endometrial cells from growing again.

Carrie hopes that, by telling her story, she can raise awareness about endometriosis. She also hopes other health care providers will recognize the symptoms of endometriosis for women in their care.

“I would have never known,” Carrie said. “Say, for example, I decided not to have children. I would have continued to be in pain and not known what was wrong.”

Carrie even takes her passion for raising awareness for endometriosis to work with her. She said she frequently discusses health issues with her patients and has referred some with endometriosis symptoms to Dr. McGuirk.

“I ask them questions about their health and I’m like, ‘You know what? You need to go see her.’ It’s as simple as that, and RAD has helped a lot of my patients. It’s a good thing. It’s a really good thing.”