Newark, DE.– RADfertility’s Endometriosis & Pelvic Pain Center is participating in the EMPOWER Study being pioneered by DotLab, a healthcare technology company on a mission to advance women’s health by developing breakthrough technology. The company announced the multi-center cohort study for endometriosis via a press release published on March 23, 2021, by PR Newswire.

EMPOWER will evaluate whether endometriosis can be effectively diagnosed using DotEndo™, a non-invasive blood test developed by DotLab. Dr. Ronald F. Feinberg, MD, Ph.D., RADfertility’s Medical Director of IVF Programs, will be the principal investigator alongside Dr. Barbara McGuirk, Medical Director of Reproductive Surgery, and their team of reproductive endocrinologists and clinicians.

Endometriosis is a painful and debilitating disorder where the endometrium or tissue that lines the inside of the uterus grows outside the uterus. The condition affects over five million women in the United States and approximately 10 percent of women of reproductive age globally. It is also linked to infertility in women. Meanwhile billions of dollars a year are spent on healthcare costs related to the disorder in the US.

“Currently, a surgery known as laparoscopy is the gold standard for confirming endometriosis. Not only is it invasive, but gynecologists are generally hesitant to recommend the procedure. This often results in long delays in diagnosis and treatment, prolonged symptoms, progression of the disease, infertility risks, and unnecessary surgery in some cases,” said Dr. Feinberg.

Feinberg has had a lifelong passion for the sciences, and was drawn to reproductive medicine because of his interest in research. Drs. Feinberg and McGuirk have performed thousands of surgeries together to help women relieve their endometriosis pain. They will spearhead RADfertility’s Endometriosis & Pelvic Pain Center’s participation in the EMPOWER Study which will focus on evaluating DotEndo for diagnosing endometriosis. The non-invasive test is designed to evaluate the presence and number of specific tiny strands of genetic material using a micro-ribonucleic acid (microRNA) approach on blood and saliva samples provided by the patient.

The ability to diagnose endometriosis noninvasively can mitigate the setbacks, risks, and healthcare costs involved according to a publication by the American Journal of Obstetrics and Gynecology (AJOG).

“Our expertise and track record at RADfertility’s Endometriosis & Pelvic Pain Center created an opportunity for us to participate in this advanced study. There is no better time than now for a non-invasive test that is accurate. This will help patients get treatment sooner, boost their chances of getting pregnant, and improve their quality of life,” McGuirk said.

EMPOWER is a prospective, observational, study being conducted and funded by Dot Laboratories Inc. It will enroll approximately 750 women of reproductive potential aged 18-49 who have been referred to undergo laparoscopy or laparotomy or other operative procedures performed to diagnose endometriosis. DotLab’s test for the diagnosis of endometriosis will be performed on blood and saliva samples collected from consenting participants enrolled at endometriosis centers of excellence across the US.

RADfertility’s Endometriosis & Pelvic Pain Center has been providing state-of-the-art fertility care since 1995 and is excited to be involved in this study. We have successfully evaluated and treated thousands of  women with endometriosis and pelvic pain for more than 25 years. While we are thrilled to participate in EMPOWER, the views and opinions of the researchers do not necessarily reflect those of RADfertility’s Endometriosis & Pelvic Pain Center. We also do not endorse, promote or recommend DotEndo or any other DotLab commercial products or services.

Learn more about the EMPOWER study at this link. 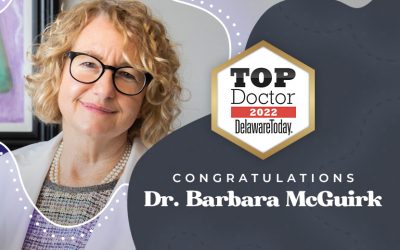 Congratulations to Dr. Barbara McGuirk for being named a Top Doctor in Delaware Today magazine’s 2022 list! This honor marks Dr. McGuirk’s 8️th year in a row recognized as a Top Doctor! 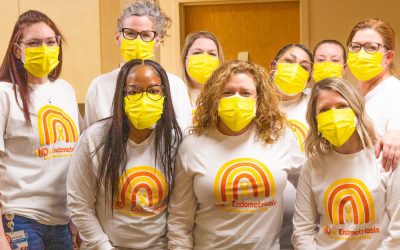 kNOw Endometriosis! We are so excited to wear our shirts and raise our voices so others truly kNOw endometriosis because bad periods are not normal! 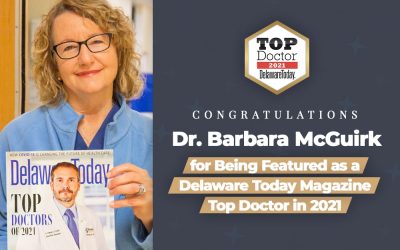 Congratulations to Dr. Barbara McGuirk who was named Top Doctor in Delaware Today magazine’s 2021 list! Dr. McGuirk’s 2021 honor marks her 7th year in a row recognized as a Top Doctor in the field of reproductive endocrinology.